Piotr Kordyś – a graduate of the School of Leaders; studied Information Technology and later on Economics. His passion for photography turned out to be a good idea for business. His customers come from the Podkarpackie region, Krakow and Warsaw, but also from Germany and Dubai.
He has been cooperating with the University of Information Technology and Management, and with the Association for Entrepreneurship Promotion for a dozen years or so. He started his education in the Secondary School of Association for the Promotion of Entrepreneurship, which had been transformed into the Academic Secondary School of UITM by the time he graduated. In the last year of secondary school, he started his long –cycle master’s degree studies in Computer Science and Econometrics with specialization in Global Networks.
Special Interest Clubs from Scratch
– It was a specific learning pathway – the School of Leaders – about 50 people started that course, and only 30 managed to finish it. We had an extended program of management, and each semester at least three subjects were taught in English. It was not easy to prepare for A-levels and to study at the same time, but I was able to finish both with quite good results – he recalls today.
Back in secondary school, Piotr was interested in photography. It was his hobby.
– There were no photography clubs at university, so together with my friend –  Łukasz Bis [currently Dean’s Proxy in the Department of Administration and Social Sciences; faculty of Computer Graphics and Multimedia Production – editorial note] we opened an academic club – he explains.
–  It was a students’ grassroots initiative. At that time, there was no specialization as such nor lecturers who conducted classes in photography – he recalls.
– The academic club of photography was established as a self-learning club. The first meetings were conducted by me and Łukasz Bis. We introduced the basics of photography, which we had learned from books or workshops in which we participated. Shortly afterwards, we had a chance to go to Finland for a student exchange. There I could choose subjects, so I signed up for an elective course in photography. I made some international contacts while being there – he says.
Providing for a Five-Member Family
Back at university, there were a lot of occasions for taking pictures.
– I started taking pictures of events which took place at UITM in my second or third year of studies. I cooperated with the university’s Promotion Office: I was a person in charge of photo reports of the Public Relations Congress held at the university, and also open lectures and meetings with interesting people. I used both my photo and video camera. Some of these events were recorded and made available in the UITM media library – he recalls.
When Piotr finished his first-cycle studies, there were a lot of opportunities of getting a grant to start one’s own business. He eagerly took advantage of such a chance, but instead of an IT company, he opened a photographic studio – the Blue Cherry Studio.
– When I was finishing my studies, I wrote a business plan that was highly evaluated. The School of Leaders gave me an excellent background knowledge of business, economics, management and career development – he says.
The money he got from the grant was invested mainly in equipment: cameras, lenses, monitors, graphics, computers, and software. When he started his business, he was studying a different field: Economics and Company Management at the University of Information Technology and Management. At the same time, he started a family.
– I got married. Sometime later my first child was born, then second and third one a year ago. I have been running the company since 2009 and the fact that I am able to provide for a 5-member family I consider a success. My company is not big, but the reason for it comes from my approach to life. I don’t  strive for achieving great success in business at all cost, as my family and a peaceful life are far more important to me. I have friends who are at my age and only now start their families; my oldest child is already 7 years old. I live a quiet life but was able to create a recognizable brand – says Piotr Kordyś.
He Takes off Thanks to Internet Beta
The event which made his company recognizable in Poland was the Internet Beta Conference organized for the last nine years in Rzeszow. This is an interdisciplinary conference in which experts in various fields – the Internet, marketing, and social media – take part:
– From the very beginning, I have been taking pictures there and this fact opened the doors to different events that take place in Krakow and Warsaw. In a few weeks, for example, I am taking part in the Mail My Day conference in Warsaw which is organized by a company from Krakow. This will be my third time. My participation in the conference proves that customers who are satisfied with my service, wish to cooperate again. I also participated in the Polish Rural Development Programme conference, which attracts politicians and experts in farming from all over Poland- says Piotr Kordyś.
Along with taking pictures comes recording
– I shoot commercials and corporate films as well as news reports for companies in the region. My last report was the Cecilian Concert in Gorno, and the latest corporate film of mine was made for the screw factory in Palikowka. It wasn’t the only time we cooperated, as the company contacted me after completing its machine park – says Piotr Kordyś, and adds:

– Only a few of my colleagues make a living strictly connected with their field of study, namely networks. In contrast, many of them set up businesses related to their passions. They put into practice knowledge about business they gained at university. We also make use of English we learned at university, as we had many classes in English, and now we can easily search for orders from abroad.

Piotr has already had such a professional experience.

– I got an order from Germany, from a real estate company. I was supposed to take pictures of real estate, the owner and of female and male models for the advertising campaign. I cooperate with the United Arab Emirates company, too. I prepare promotional and graphic materials, along with catalogues. The company I work for, makes designs and sells women’s smart clothes exclusively on the local market. In this particular case, I got orders thanks to my private contacts I made while I was studying at university – he reveals.

Piotr is mainly engaged in commercial photography and specializes in events and conference photography. He is engaged in products photography too, including PZL (Polish Aviation Factories) Sędziszów, the aluminium foundry in Stalowa Wola, as well as  interactive agencies.
– I’m not a photographer or graphic designer by profession, but a lot of people appreciate my practical approach to accomplishing tasks – he says without any false modesty.
Tough Photographic Market
Frankly speaking, the photographic market is a hard one. Most customers from the Podkarpackie region still don’t realise that one has to pay for good shots. Many people assume that if there’s a camera in a company, taking pictures is a piece of cake. Only when one compares professional photos with those posted on the websites of different companies, the negotiation becomes more successful – he laughs, and says:
– Recently, I have been shooting for a company that produces frames for license plates for chrome steel motorcycles. I was the third or fourth photographer who was commissioned  the task. It was quite challenging to take photos of those frames, as their surface reflected light. On the one hand, they had to glitter, but on the other, they couldn’t look artificial. The photo had to reflect the specifics of the product. That was something I inherited from the previous photographer, who wasn’t able to deal with the task. He proposed another solution, but it was not accepted. That subject was not an easy one. It took me eight hours to set the lights in a right way – the whole working day – but I finally did it.
Time for Business Development
Peter’s  company is a single person company.
– I don’t employ full-time workers, as events I provide service for are held in different places and time throughout the year. I permanently look for new contacts to be able to plan evenly the events I am involved in, and do what I like the most, namely taking photos at events. Also, many organizers want me personally to take photos, due to the quality of my work(…) Together with my friends – photographers, we run a co-working community. Now, we rent an office on Hanasiewicza Street. I work with them from time to time- says Piotr Kordyś.
In the upcoming years, Peter Kordyś plans to develop the company, not only by expanding the range of services related to video and multimedia, but also by hiring new employees.
– In the first 6-7 years, I was concentrated mainly on my work. Now, I would like to concentrate on teambuilding and employing new workers. That is why I started cooperation with the university by teaching classes. In this way, I want to find new employees for my company and this class seems to be really promising. There are people with great ideas, who just need a little hint. Some of them have a talent for video making, others for images or traditional marketing, but those skills need polishing up. Students can be chaotic, but have the potential which they don’t use. Teaching them is a very interesting experience. I want to develop my company so that it can function without my direct involvement, and it doesn’t need so much time on my side any more…- says Piotr Kordyś.
Source: www.rzeszow.wyborcza.pl 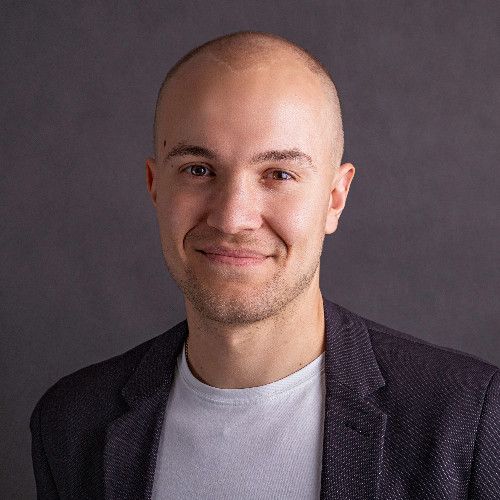 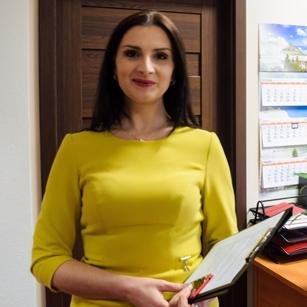 All rights reserved, University of Information Technology and Management in Rzeszow © 2008-2023