Here you are: Home page: > News > Launch of the Start IT – Cisco4Ukraine program combined with the debate „Modern Ukraine – education, economy, technologies”

Launch of the Start IT – Cisco4Ukraine program combined with the debate „Modern Ukraine – education, economy, technologies”

Start IT – Cisco4Ukraine is a program for all Ukrainian refugees, regardless of age or gender, who wish to improve their digital skills, think about changing careers, or pursue additional study in IT.

The official inauguration of the program, combined with the debate „MODERN UKRAINE – EDUCATION, ECONOMY, TECHNOLOGIES”, will take place on February 1 this year. at the University of Information Technology and Management in Rzeszów.

Cybersecurity and programming are two incredibly essential and promising subjects included in the Start IT – Cisco4Ukraine curriculum. Soon, data analysis and computer networks will also be included. The training sessions are held in Ukrainian, and training materials are also available in this language. All Start IT courses are free.

Participants of the Start IT courses do not require prior IT knowledge – basic computer skills are enough. The participants of the courses can be people who are starting their adventure with technologies or are considering changing their professional path to one where digital competences are essential. Advanced courses, in turn, are addressed to people interested in improving their professional qualifications, for example by obtaining new certifications. New opportunities for professional development are especially important in the case of Ukrainian women, for whom fleeing the country meant giving up work and are currently looking for a suitable job for themselves. 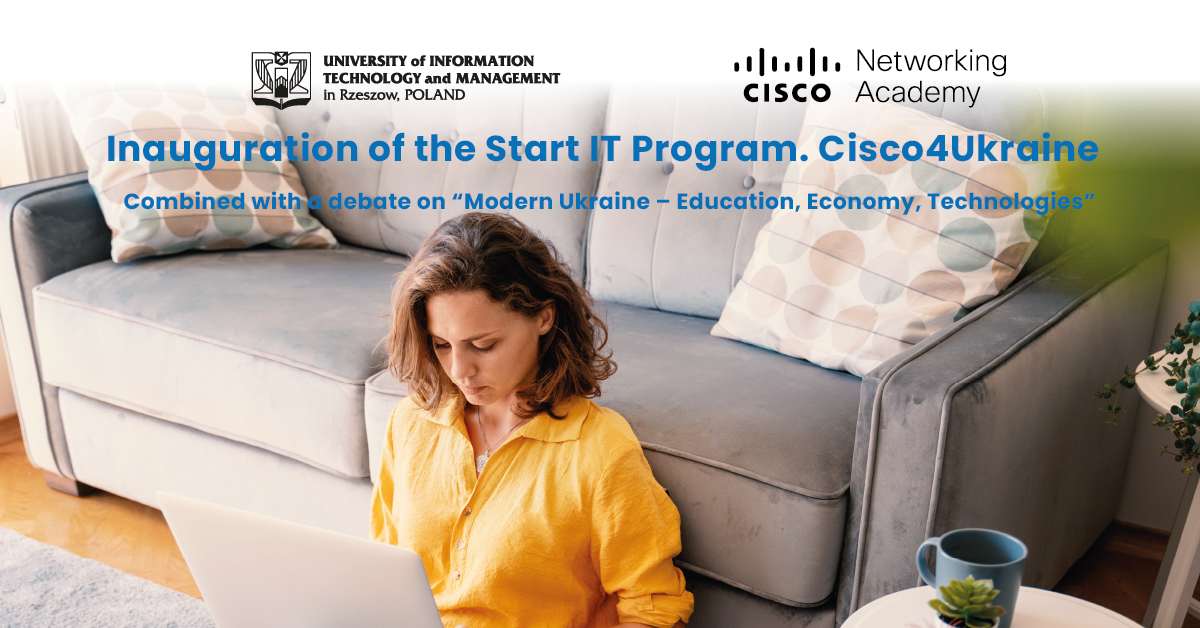 The Start IT – Cisco4Ukraine program is implemented by the Cisco Networking Academy together with the University of Information Technology and Management in Rzeszów.

The Cisco Networking Academy, one of the longest-running IT skills programs in the world, is commemorating its 25th anniversary this year. So far, over 17.5 million people from around the world have taken part in Cisco courses, including over 310,000 from Poland. The Cisco Networking Academy continues to grow and promote new training and education opportunities. The aim of the program is to build digital skills and reach communities that otherwise would have difficult access to acquiring new competences, and would even be at risk of digital exclusion.

It is no surprise that the program’s co-organizer is the University of Information Technology and Management in Rzeszów. The first Regional Cisco Networking Academy in Poland was founded in 2000, at the UITM campus. Due to its rapid growth, it soon overtook the largest Cisco Academy in Europe.

UITM became the first educational institution in Poland to get the title of Cisco Academy Training Center in 2003, with approximately 500 other Cisco Academies operating throughout Poland, Lithuania, Latvia, Estonia, Ukraine, Slovakia, and the Czech Republic, In 2018, UITM received the award for the best Partner in the Cisco Networking Academy program in the region. This prestigious distinction has been awarded to only three universities in Europe.

The University of Information Technology and Management with its seat in Rzeszów is the largest non-public university in the Subcarpathian region. In October 2022, over 6,500 students, including over 2,100 foreigners, started their studies at UITM together with post-graduate students. Students study 16 different subjects of study at 4 institutions as part of the Polish- and English-language offer.

In case of technical problems related to joining the broadcast of the event, please contact us by e-mail: kdembowski@wsiz.edu.pl or by phone: +48 17 8666 14 20. 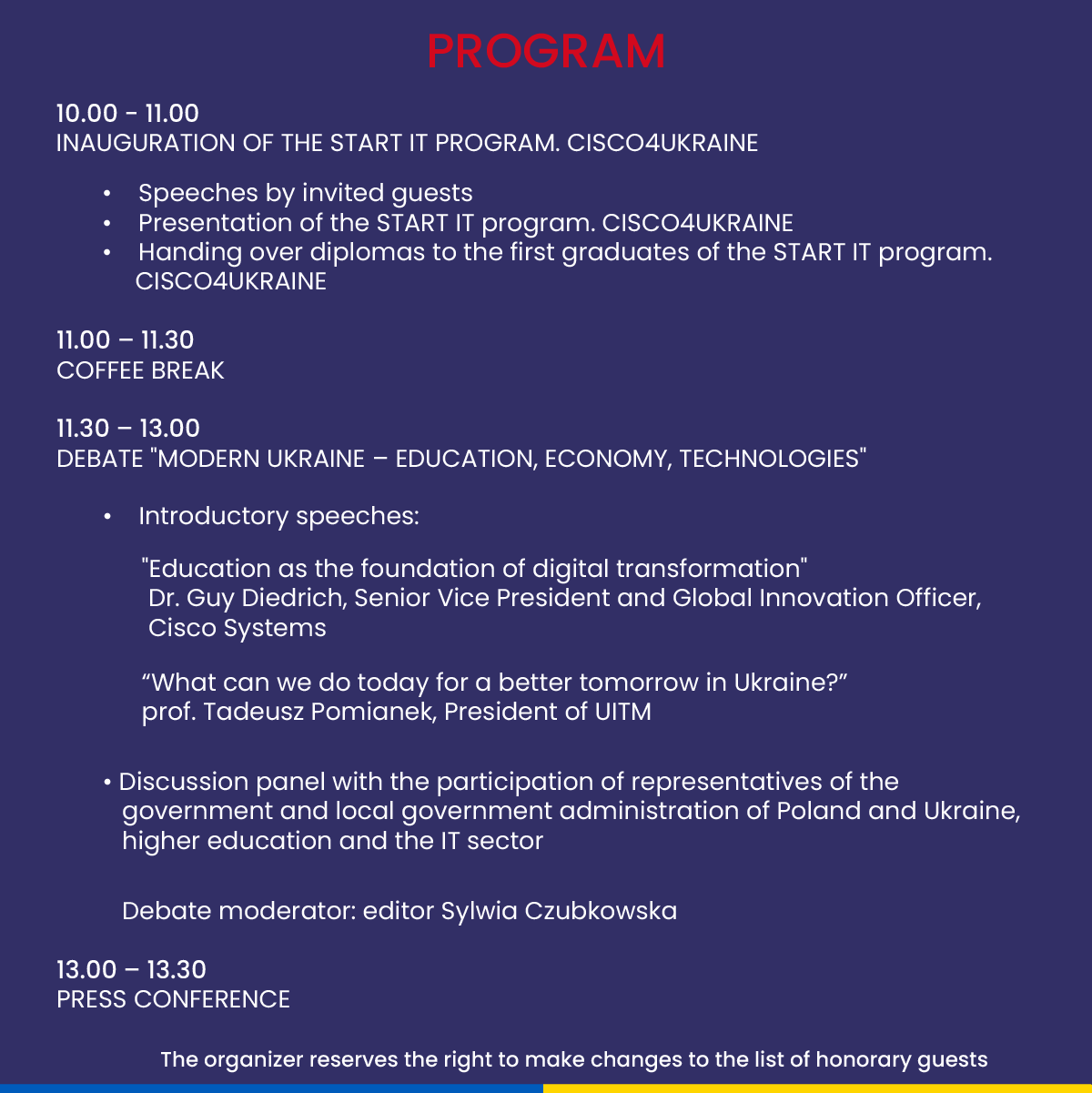 The guests of honor of the event will be:

Honorary patrons of the event will be: 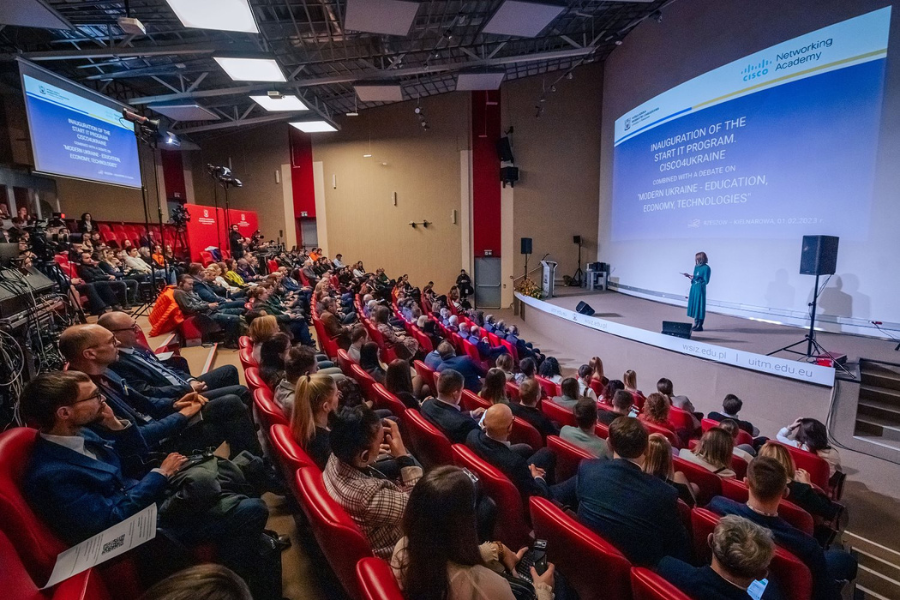 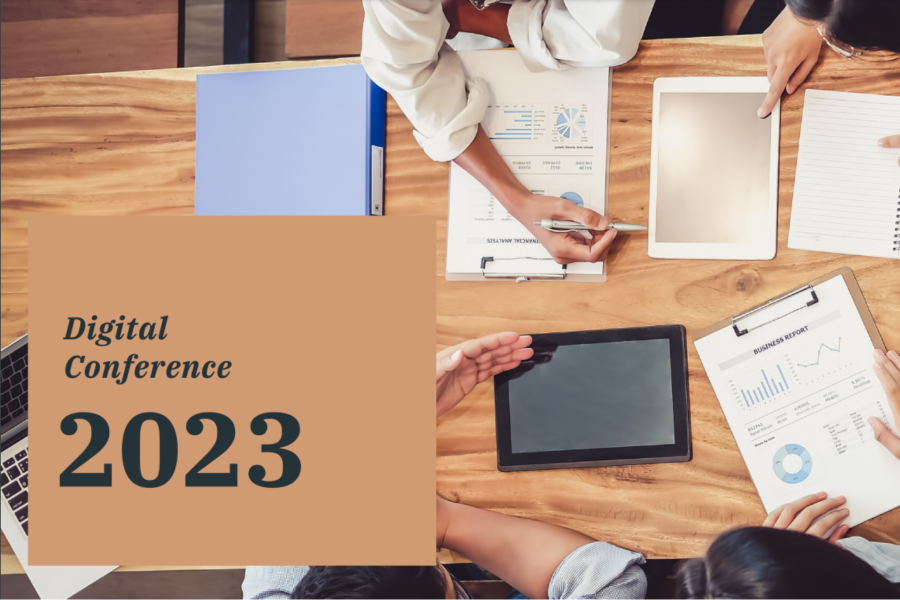 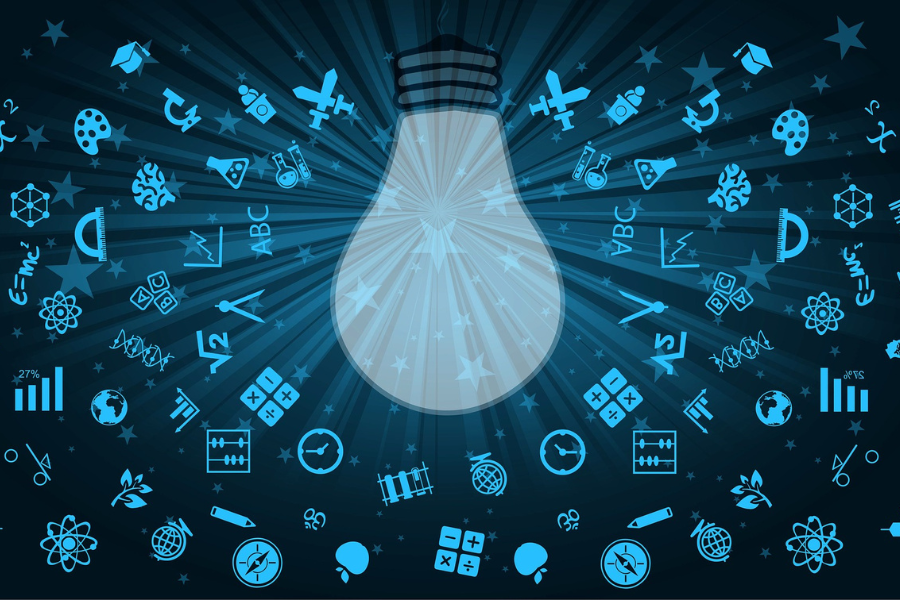 A new competition at UITM

All rights reserved, University of Information Technology and Management in Rzeszow © 2008-2023